It’s one of the biggest new events to hit the triathlon calendar in years and the countdown has now begun for the new 32Gi Eastbourne Triathlon, set in the picturesque South-Coast town for the 12th June 2016.

An international field is set to assemble for the race, headlined by world-class Australian star of the sport Ben Allen, who tops the bill with ten other elite entries in the event.

Allen, who has 16x XTERRA World Cup wins, 2x top-3 world championship podiums and is the Australian national champion will face stiff opposition from a host of top British triathletes who will not want their Antipodean rival to come away with a domestic title on their turf.

His key rivals on the day will no doubt come from one of Richard Stannard (7x World Champion and 3x British Champion), Sam Wade (2nd at Hever Castle triathlon and the 20-24 British Champion), Matt Dewis and Karl Alexander. Also racing and very motivated will be some local elites including the GB Junior duo from Eastbourne, Harrison Rolls-King and Luke Howard. Professional cyclist Euan Adams is in the field but he has admitted to suffering from a broken leg and whilst he will be competing, it is unlikely he will feature in the final mix-up.

The women’s race will be no less competitive, and is likely be headlined by a slim-margin favourite in Jacqui Slack, who is flying in from Australia especially for this race. Jacqui is the former 2012 British Champion before a switch to off-road racing saw her grow into a world-class athlete. She now has 9x XTERRA World Cup wins to her name and is the reigning Asia-Pacific regional champion.

Jacqui will be pushed all the way by some wonderfully talented women, including the reigning European Aquathlon champion Hannah Kitchen and Eastbourne’s own Yvette Grice, who is a former winner of Ironman UK and Challenge Henley. A strong age-group field should not be discounted from challenging the elites should they get complacent, with Beth Male and Jenny Wallace having recently come 1st and 2nd at Steyning Triathlon and both representing Team GBR

A race for everyone

Of course, the 32Gi Eastbourne Triathlon is not just about the elites, with hundreds competing in the main event against their friends, to achieve a personal time or raise money for charity.

The triathletes will begin their day taking on a 600m sea swim, before embarking on what is set to be an iconic and challenging 25km road cycle through the hilly South Downs National Park, an area of outstanding beauty, and taking in National Trust protected coastlines and landmarks including Birling Gap and Beachy Head. A tough final 5.4km run will finish off the challenge which culminates with a glorious promenade finish.

All triathletes will receive an event t-shirt, memento, 32Gi sports gel and a free entry into the spot prize raffle. The event village will have a stage, music and commentary, 32Gi retailers and catering.

With thanks to our supporters

The 32Gi Eastbourne Triathlon is supported by 32Gi Sports Nutrition, Zone3 and The Grand Hotel. 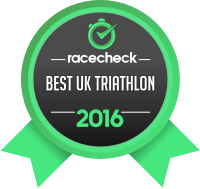